45 starters took the line for the Spring KVA Design Sash race lead off by sole limit rider Mick Barnes who had some 28 minutes start over the scratch bunch.

The riders where greeted with a trip up Vickerys Rd into a gusty Southerly before turning around and coming back down Vickerys with the same breeze but now a tailwind and with riders spread across 8 bunches with a strong scratch bunch looking to chase everyone down.

After Vickerys the riders had to complete 3 laps of the usual Paraprap circuit.

Mid way through the second lap the 4 min bunch was starting to overtake riders and lost one of the key workers when David Stacey got stuck amongst a slower bunch but as they turned into Forest Rd they picked up Jessica Douglas who was riding strongly solo (having broken away from her 7.30 minute bunch) up Forest Rd. Jessica immediately joined in doing turns with the 4 minute bunch.

Now that the 4 min bunch had the lead and with 2nd Scratch and Scratch not in sight, a game of cat and mouse begun. Ian Amsden found himself glued to the front for most of Hendy Main Rd and up Misery lane with only Stuart Smith, Jessica Douglas, Noel Taylor and Andrew Read willing to help him. Through the chicane and into the finishing straight and the sprint was opened up early by Jessica Douglas, Noel Taylor, Andrew Read and Stuart Smith. Jessica, Andrew and Stuart both faded along the straight with Noel Taylor hitting the front until Shane Korth came from the wheels and sprinted for the win over the last 50 metres. Noel Taylor held on for second with Grant Edmonds sprinting well for 3rd.

Thanks to KVA Design for their on-going support of the club, Keith as  referee and the Marshals on the day. 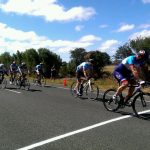 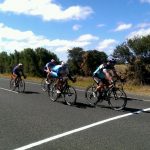 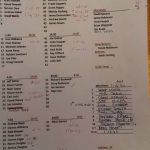 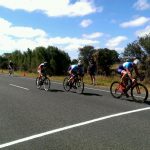