Under the calm conditions the pace was on within all groups.

As the race concluded most of the competitors found themselves coming together on the final climb.

Having broken clear of his bunch Geelong’s Rob Nicholls climbed strongly to take the prestigious win.

After leading the scratch bunch over most of the days climbs, Andrew Goodwin was narrowly pipped for fastest time by Colac’s Tony Luppino, a mere 33 seconds behind the winner.

Congratulations to everyone who competed and to the Colac Veteran Cycling Club on another successfully running of this fantastic event. 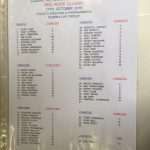 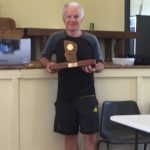