A grand field of 49 riders turned up for a cool wintry race for the second year of the KVA Design winter sash race and also with Rory Wilson in attendance to say thanks for the clubs fundraising efforts from last year. The course for the day was Blackgate Rd, Forest Rd the around the lap and finish at Larcombes Rd, with 8 bunches spread across 30 Minutes.
The Limit riders Brian Long and Alan Sandford set off up Blackgate Rd with a great deal of tough work in front of them as a decent westerly was setting in for the day, they had a ten minute head start on the second limit roup of Colin Hooper, Ross West, David Phillips, Gordon Spargo and Daryl Peterson, this group was the group to catch today. Then followed by the next six groups ranging from 5 to 8 riders in each bunch with the very determined scratch bunch of Nathan Ashton, Richard Buckwell, Brad Haskett, Matt McDonough, Paul Beretta, Andrew Baker and Gary Wearmouth who were all very keen to keep the good winter results continuing for the scratch riders.

The second limit group started well but progressively split up as soon as they turned back into the wind in Blackgate Rd losing a few riders along the way to Forest Rd. Colin and Gordon who started doing 30 second track turns were the strongest of the group and were the only ones left, they were at the front of the field along Forest Road. Most of the middle marker groups were staying together through the middle of the race with a couple of flats and stragglers being dropped from their respective groups. The scratch bunch started fast with first 15 minutes being quite hectic Brad, Gary and Nathan doing a lot of hard turns. They were held up for about 30 seconds at the Blackgate turn around waiting for a car!
The scratch group kept charging up the road and caught the second scratch group of David Warren, Andrew Goodwin, Harvey Lang, Josh Williams who was promoted after his last win a couple of weeks ago and was riding really well, with Steve Young hanging on. These guys got in and were doing turns with the scratch group making it a very big group of strong riders. They kept picking off groups along Forest Rd and Hendy Main Rd in front of them and were looking good for the lead of the race except Colin and Gordon were still riding very well with a very good lead of 2minutes 30 seconds with 20km still to go to the next bunch.

The large scratch group with a few sitting on caught the last main group at the club room corner, and with the leading two in the distance up Hendy Main Road riding into the wind for the last time. Then Andrew Goodwin decided to attack! with no one chasing straight away for a few hundred metres, the scratch riders got serious and put the peddle down dropping a lot of riders with most of the second scratch riders hanging on and Daryl Suter from third scratch doing a great job with the pressure on while the final efforts and chase where on.

Colin was running out of legs into the wind and told Gordon to go for it if he could which Gordon did and gapped Colin by 400 metres to take a impressive win doing a lot of work for the whole race with Colin finish an excellent second. The scratch group picked up the pace into Larcombes Road for the sprint for 3rd and fastest time, Gary Wearmouth proved too strong again in the sprint winning by a two bike lengths. Well done to all and thanks to all the helpers on the day. If scratch weren’t held up earlier in the race they may had ridden through the field. Gordon was very happy with the win and with his first sash from road cycling racing.

Afterward we had a good bite to eat a with the usual banter and chat about the race. Rory Wilson was very glad to attend and said thanks to the club for our fundraising efforts of last year. Rory then went on to explain his focus of improving road safety within our region and with the Bike Safe Geelong. All the place getters then very generously donated all their prize money to Bike Safe Geelong to the value of $400, well done to you all. 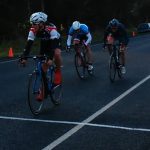 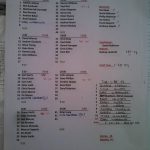 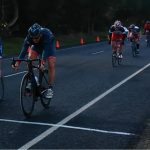