Dave Warren takes out second place in Camperdown to Warnambool 27 Geelong & Surfcoast members were part of the 117 entrants for the 34th running of the VVCC Camperdown to Warnambool.

Conditions were ideal although a moderate south westerly breeze had the back markers hoping that it might be their day.

There were 12 bunches spread out over 43 minutes with only 6 minutes separating 4 bunches from 2nd to 5th scratch.

As scratch started their chase second scratch was working well and about the 50km mark they caught the 7 minute group and the two bunches put their collective noses to the grindstone and set off in pursuit of the other bunches. Up the road some of the earlier groups were coming together also and forming large bunches.

Heading onto the highway there was some reluctance for many riders to work and the pace was going up and down.

Eventually some determined riders (GSCC well represented) started rolling turns and with about 5 kilometres to go the large group caught the front of the race.

A few attempts were made to escape the bunch but didn’t get far and a few close calls as riders looked for good position, meanwhile the scratch bunch were closing in.

The pace up the final hill was fairly sedate with nobody too keen to hit the head wind to early so Andrew Goodwin tried his luck with a late attack.

He was brought back as a very large group gathered for the last sprint.

400m to go and Kevin Laffy (GV) made a charge on the left for the line with Richard Lyle locked on his wheel but both were too early into the head wind as Dave Warren made his move. In a great finish Dave was narrowly beaten by David Moreland (E) with Peter Mazarella (N) 3rd.

Darren Roberts recorded the fastest time a mere 16 seconds (but 58 places) behind the winner.

GSCC had 7 riders in the top 20, congrats to all members who competed in this great race. 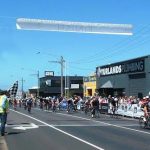 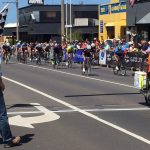 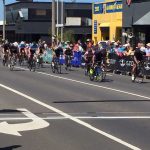 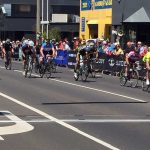 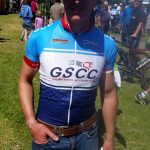 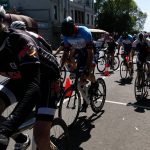 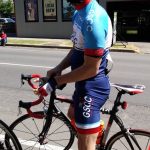 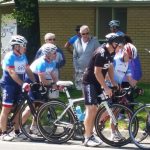 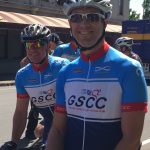 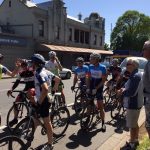 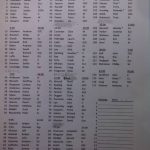 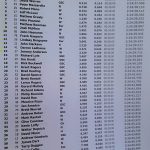 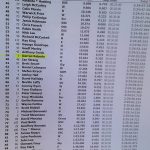 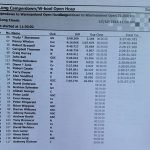