Thirty four GSCC winter warriors entered for the 49km handicap race, four laps around the main circuit. Very cool conditions with an increasing westerly wind growing stronger throughout the race was going to make it hard for the out markers. With a 30 minute start given to the two limit riders Ken Mansfield and Mick Barnes the question was could they stay away with a strong-minded scratch group prepared to chase the field down with the favourable conditions. The second limit group (15min) of Colin Hooper, Jamie Robinson, Paul Bubb, Gavin Gamble and Ross West were also going to prove hard to catch being a very even group of riders. The seven groups stayed mostly together over the first lap except Mick Barnes forgot to tell the handicapper about his secret training regime and easily road away from Ken and was well past the clubs rooms even before the imbalanced second scratch group of Kane Airey, Barry ‘aero’ Howden, Carl Judd, Shane ‘stealth black’ Korth, Peter Ladd and Lance Rogers had started and were probably more concerned on how quick the strong scratch group of Rick Buckwell, Andrew Baker, David Warren and Andrew Goodwin would catch them given 1 minute 30 sec gap.

With a few struggling riders in the windy conditions being dropped from their respective groups, the scratch group started making very good progress from the get go and made the inevitable catch of second scratch group over the Forest Road hill on the second lap. With Barry, Kane and Shane helping the scratch riders when they could the advancement of this group was going to be very progressive throughout the race. The splintered third scratch group were caught going up misery lane near the end of the second lap with only Stuart Smith able to hang in and also provide a some good turns. The third time up forest road the scratch riders dug deep to drop the hangers and hit it quite hard hitting 37km/h up the hill with a few chewing their handlebars just to hang on. The pace was kept high for the entire next lap catching the best dressed group of Paul Bird, James Stuart, Andrew Booth and Joe Gulino looking very smart all in their new GSCC gear over the hill for the last time. When the scratch group turned into Greys Rd for the last time they spotted the second limit group and the lead car with Mick still following for the first time. The catch was going to happen today and you could sense the relief in the scratch riders with the pace also dropping off bit.

The second limit group was caught heading north down Hendy Main Rd, then the lone Mick Barnes just before the club room corner. Andrew Goodwin, Dave Warren and Rick Buckwell had enough of the others hanging on for the finish and they all put in some very hard efforts up misery lane for the last time with some positive results. Rick and Andrew Baker were feeling quite serious before the finish and even offloaded there biddons TDF style! It was then follow the leader till Larcombes Rd finish with Dave Warren and Andrew Baker starting the head wind sprint from some way out. Rick Buckwell hit the lead as the speed increased and then Barry ‘aero’ Howden finished the strongest going around the outside to take a great win by half a bike length over Rick with Kane finishing third. Barry said it wall all about the new helmet and saving 9 watts. Well done to all in trying conditions, thanks gain for the marshals. Coming up races: 12th July Ted Taylor handicap at Colac, 10am start. 19th July ‘Arison Ascent’ finish top of Gum Flats Rd at Paraparap. 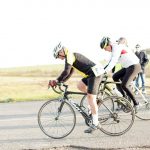 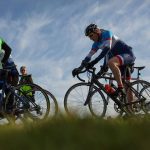 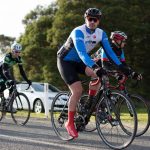 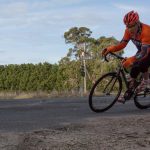 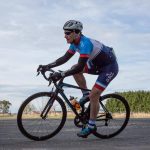 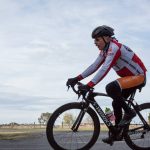 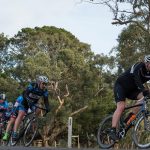 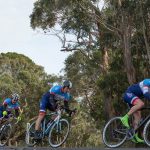 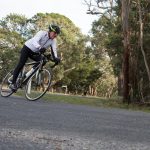 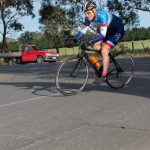 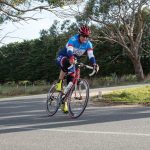 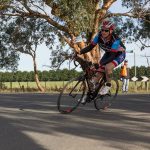 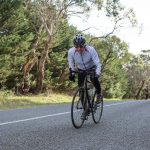 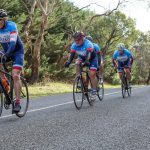 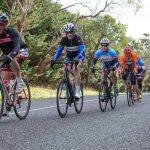 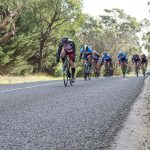 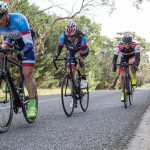 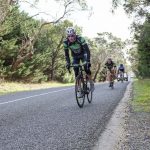 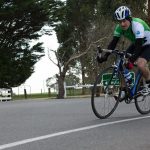 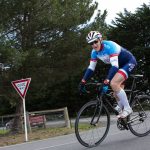 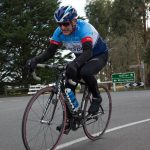 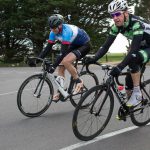 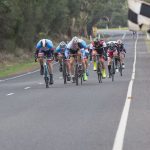 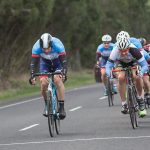 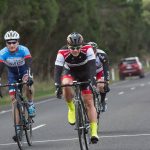 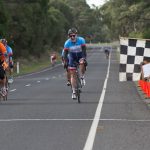