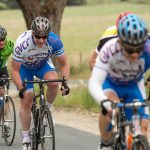 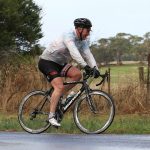 Where were you born: Werribee, Victoria.

How long have you been riding? Ten years after a fifteen year lay off.

When did you start racing? Eight years ago with Footscray CC.

What other sports have you been involved in? Cricket, Basketball & Football.

Why did you join the club? Dad told me about the club, the family used to holiday in Anglesea each year.

Do you have any goals to achieve? More consistency in racing, Camperdown to Warrnambool podium?

Best? Riding and racing with my Dad who is 77 years. Good memories and many laughs.

How often do you ride?  Not much lately, twice a week at best.